Allene Rieger has over 20 years of experience in railroad design and is very active in the educational side of the rail industry.  Allene is the current Chair of the American Railway Engineering and Maintenance-of-Way Association (AREMA) Committee 11 – Commuter & Intercity Rail Systems where she is actively working to get new manual information published.  Allene has attended the fall AREMA conference almost from the beginning of her career.  She has presented four times at the conference and will be giving another presentation this fall.  Allene has traveled to give presentation on the behalf of AREMA at universities.  Allene was also a former Chair of the Professional Development Committee of the Boston Chapter of Women in Transportation (WTS) where she also helped to put on educational seminars.

Allene’s family was a huge influence on her life and becoming a Civil Engineering.  Of Allene’s two sisters and three brothers, she is only 14 months younger than her brother Regal.   Regal and Allene attended Virginia Polytechnic Institute and State University (Virginia Tech) together and graduated the same year.  Allene as a civil engineer and Regal as an Architect. 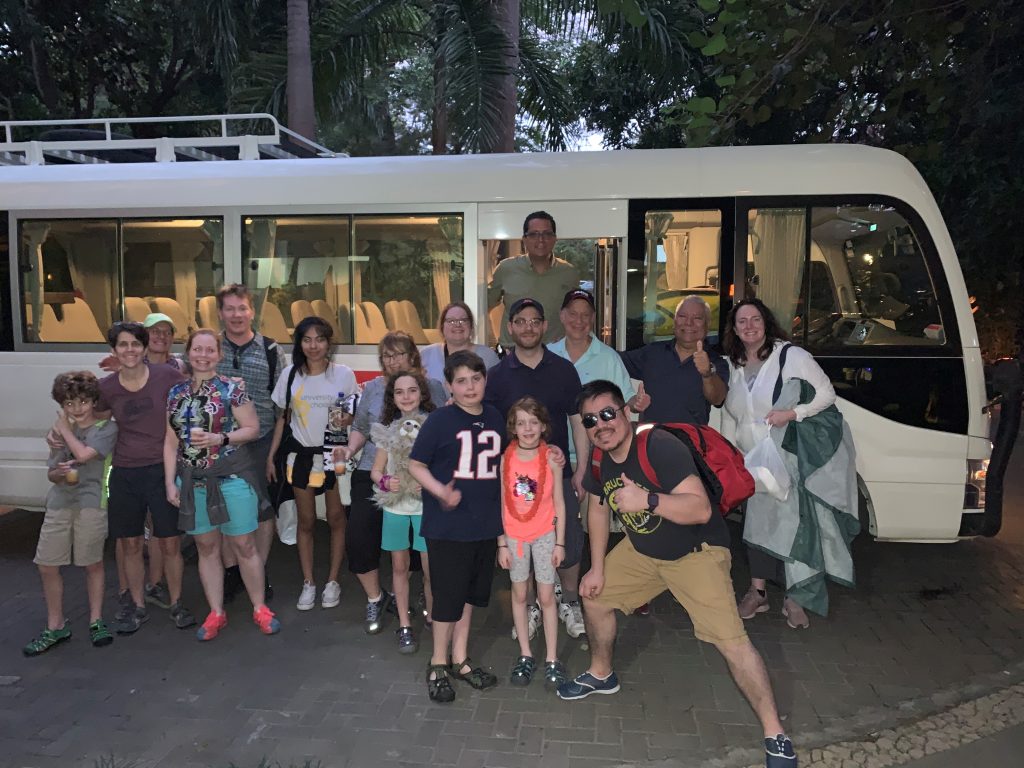 “When we were kids, we used to pretend we were twins. In high school my freshman year he arranged to have a drafting class together.  He always included me in everything he did and so I never felt that there was anything that I could not do or do better.  I have a bit of a competitive nature.  He really opened up the world for me.”

Allene’s father, Rick, was a civil engineer who worked hard to make lives safer for all Americans.   In the early 1970’s Rick work for a mobile home (MH) manufacture and was concerned about the lack of construction regulations and the impact on buyer’s safety.  Rick moved to the Washington DC area and took a job with the US Department of Housing and Urban Development (HUD) were he proceeded to write and get passed by congress many safety regulations.  Until the early 2000’s the only federal regulations about formaldehyde use in this country were written by him.  Rick retired in 2019 at the age of 79.

“My Dad had a really strong work ethic which he instilled in us, but also the importance of understanding what you are trying to accomplish and the need to put your whole heart in it.  When he talked with people after a hurricane, and read letters he received about children getting cancer, he would do his best to help improve these conditions and hold fast.  He would not give up and stood by his ideals.  He is the reason I became a civil engineer.”

John Read, past Secretary of the New England Railroad Club, and good friend had this to say about Allene.

“I first met Allene Rieger in 2011, when she moved from the West Coast to the Boston area.  She always had a pleasant smile, cheery disposition, and a “can do attitude”.  She never shied away from any challenge and has balanced the changing demands of large rail intermodal development projects with relative ease.”

“Besides being a mother of two, and a great railroad engineer, an interesting tidbit about Allene is her father’s induction into the Recreational Vehicle / Motor Home Hall of Fame.  Yes there is really a RV/MH Hall of Fame, and it is in Elkhart, Indiana (www.rvmhhalloffame.org).  Allene’s dad worked for HUD, and throughout his career oversaw the development of HUD’s manufactured housing specifications and regulations.  Upon his retirement, the RV/MH Hall of Fame invited the entire Rieger family to Elkhart, IN for a special induction ceremony recognizing her dad’s contributions to the industry.  Allene relates that the whole family had a wonderful dinner and enjoyed seeing the industry’s recognition of their father.”

After college Allene moved to Chicago, Illinois and took a job with TranSystems, a consulting firm.  Allene originally was hired to be a roadway engineer based on her co-op experience at the Eastern Federal Lands Division of Federal Highway.  Allene was quickly moved onto the rail team to assist in the design-build of the BNSF Logistics Park Chicago, a massive intermodal facility.  Allene, thus far, has worked on eight other massive intermodal facilities all over the country and one in Mexico.  Allene was a member of the Chicago Maintenance-of-Way club during her time in Chicago where she enjoyed many steak dinners and annual train rides. 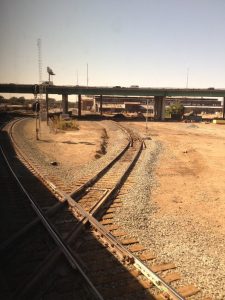 Picture of one of the OWLS diamonds, note the intact main line rails and the broken rail on the industry track.

“After one week on the job, they sat me down and asked if I would be willing to work really long hours on a large rail facility.  I have been doing rail work ever since.”

After five plus years in Chicago, Allene moved to Oakland, California where she worked mostly on industry tracks and transload facilities.  Allene did get the opportunity to be the lead rail engineer for the Sacramento Railyards Project.  The Sacramento Railroad Museum is located south of the UPRR main and their shop buildings for engine maintenance are located north of the UPRR main.  Previously every time the engines needed maintenance a temporary at-grade crossing was constructed over the double main and then removed.   A One Way Low Speed (OWLS) diamond was needed.  An OWLS diamond allows for the main line track running rails to not be broken, while the industry track wheel’s flanges ride up and over the main track running rails.  Because the industry rails are broken the diamond needs to be at a greater angle (typical diamonds are at 90 degrees) so that only one wheel is on the gap at a time.

The OWLS crossing itself needs to be straight and in a level plane.  The OWLS location is through a superelevated UPRR double main line near a railroad bridge, under an elevated highway, and in a curve.  Allene’s work on OWLS diamond made the whole project feasible.

Allene moved to Boston in 2011 and continued working on intermodal, industrial, and passenger tracks throughout the country.  Mostly because of her rail work, Allene has been to 42 of the 50 states in the US.  Allene currently works in Newton, Massachusetts for JMA Civil an Oakland, California based LGBT small business specializing in railroad design.