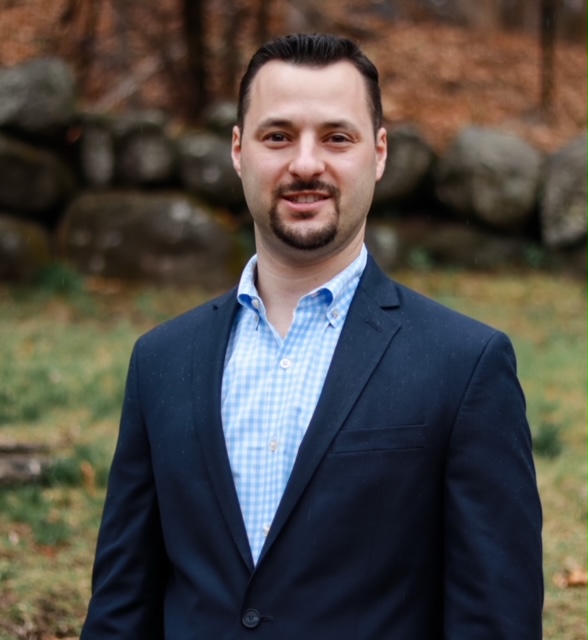 Mike Rooks, the newest member of the New England Railroad Club Executive Committee, wanted to pursue a railroad industry career from a young age. His father started a Signal and Communications career on the United Kingdom’s Great Western Railway at age 16, eventually moving to the United States and imparting his love of the rail industry on his sons.

Mike began his career in the rail industry with Pan Am Railways, obtaining his first management position as Pan Am’s Director of Manpower. In this role, Mike cut his teeth in the often beguiled but ever-important role of leading the office responsible for scheduling over two hundred train and engine employees across six states and nearly 400 weekly train starts.

Observers are frequently surprised to learn that Pan Am, one of the few remaining regional railroads of significant geographical scope, has 14 different union agreements in place on its property. Much of this is due to the important legacy of Pan Am’s underlying property, made up of the pre-staggers Class I railroads, Boston & Maine and Maine Central. As the Director of Manpower, Mike was directly responsible for managing scheduling across two of the most complex short line railroad labor agreements in a 24/7/365 operating environment while maintaining compliance with Federal Railroad Administration hours of service regulations.

After two years of leading crew scheduling responsibilities, Mike was promoted to General Manager of Pan Am Railways, gaining direct responsibility for the Train and Engine employees of Pan Am Railways. Mike earned this role at an important transition at Pan Am. After many years of challenging customer relationships, Pan Am, under David Fink’s leadership, had made a sea change in its operating philosophy to focus on customer service. Mike was faced with the challenge of improving service for Pan Am customers while working within the limitations of crew scheduling and effectively servicing a diverse customer base around tight commuter windows. Both MBTA commuter trains’ and Amtrak’s Downeaster service running between Boston and Freeport, Maine, presented joint operations challenges for the young General Manager. After his time as General Manager of Pan Am Railways, Mike was appointed General Manager of Pan Am Southern, a joint venture between Pan Am and Norfolk Southern. There Mike had the added challenge of overseeing daily intermodal and automotive service, high priority traffic while still working to improve customer service for manifest freight customers.

In 2015, Mike left Pan Am, joining his older brother Matt, also a career railroader, at Keolis Commuter Services following the transition of MBTA commuter rail service operators from Mass Bass Commuter Rail Company in 2014. Mike’s first role at Keolis was Director of Service Delivery on the North Division, taking responsibility for the commuter rail service over some of the same tracks where he previously held responsibility for freight movements.  As part of the fifth-largest commuter rail system in the United States, Mike’s role had grown considerably, with responsibility extending to the performance of 200 daily trains and 300 employees. 2015 was a notable year for the MBTA commuter rail system, with Governor Baker pushing for accountability following a harsh winter that saw many significant service interruptions. Having joined Keolis in the spring of 2015, Mike was immediately put on the hot seat to improve performance. During his five-year tenure in the role of Director of Service Delivery, it’s fair to say Mike’ delivered’, with Keolis improving performance significantly and winning an extension of the commuter rail operating contract in 2020.

In July 2020, deep in the first wave of the Coronavirus Pandemic, Mike assumed another significant role, this time as the Director of Network Operations and Planning for Keolis. No shortage of challenges arose from the loss of ridership attributable to the pandemic, and Mike was tasked with redesigning the service plans for commuter rail operations amidst many unknowns. With more vaccinations coming every day, Mike will be faced with redesigning service once again, considering many more unknowns, including changing relationships between workers and offices and a population that has become more suburban with residents moving out of Boston proper due to the pandemic. However, Mike’s ready for the challenge, crediting the mentors he was able to work with in his young career both at Pan Am and Keolis and the employees he manages daily. Mike writes, “I’ve been fortunate to have led some of the most passionate and dedicated teams of railroaders in the industry.” With an extended return to normal still ahead and a long career still ahead of him, expect to see and hear more of Mike Rooks in years to come.