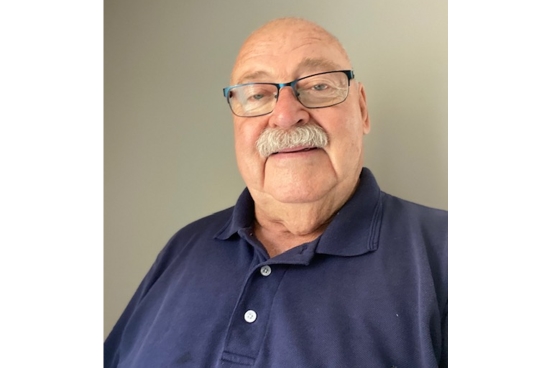 Jonathan Shute has over 54 years of experience working in Freight and Passenger Operations. He has been involved with operations for Amtrak, Class I’s, Regional railroads and Shortlines. During his career he worked in New York, Ohio, Pennsylvania, Quebec and all of the New England states. Jon’s rail related operating practices involved mechanical, maintenance of way, safety training, federal compliance review, remediation and general rail safety. Jon has instructed future railroaders with numerous Rail lines focusing on the operating rules and training. Jon worked on a 16-member team, to standardize Genesee & Wyoming train and engine service employee training for 115 North American railroads.

Al Smith, former COO of Emons President and Chief Operating Officer (SLR) and Vice President and Locomotive Group Executive at GATX has known Jon for nearly 25 years first being introduce to him in Auburn, Maine. “I’ve known Jon and have experience in working with him in many roles. Transportation, maintenance of way, trainer/educator, customer, husband, father and my good friend. Jon is a man of his word. Over the years we did many locomotive lease deals whereby the lease contract was often delayed for any number of reasons. It never concerned me to deliver locomotives to Jon prior to lease documents being formally executed. I knew his word was stronger than whatever language was in those documents.”

“We also worked together on several joint projects whereby my company would supply locomotives to industries for industrial switching and Jon would train and certify the operators of these locomotives. In every case, the industry representative told me how much they appreciated the work that Jon performed.”

I would just like to finish by stating that Jon is a railroad man’s…railroad man!

“I would suggest that younger railroaders actively seek out mentors in the industry. We are unique as railroaders, so much of what we do is not available in textbooks. With knowledge we can avoid pitfalls that may have befallen a mentor and often learn an easier, more efficient way to perform a task safely. I look back at a railroad career that started 54 years ago and think of all the wonderful people, many now gone, who took the time to support, influence, and help steer my career with their knowledge and experience. Potential mentors are often pleased to share their experience and knowledge with those eager to learn.”

“Approach your work as a team player and welcome diverse points of view and suggestions from your supervisors, peers, or subordinates. Rail transportation focuses on the ability to safely and timely distribute many moving objects. We need to rapidly adjust to conditions in the challenges of a constantly changing environment. Respecting and appreciating those railroad professionals we work with every day while performing our tasks makes for a pleasurable work environment, safe and productive.”

Very Interesting factoid: Jon attended the University of Grenoble, France; French language study! How many railroaders can claim this!

“Jon and I worked together when I was COO of RailAmerica from 2007-2012, and Jon was on the New England Central. One of the biggest infrastructure projects in RA’s history was the $50 million high-speed passenger rail rehab of the NECR during the first Obama administration. That rehab had 50-75 contractor employees on the property in Vermont for a year, and Jon oversaw their safety training and compliance. We had no injuries and ended up with one of the best railroads in New England.

Many thanks, Jon, for your contributions to that great project!