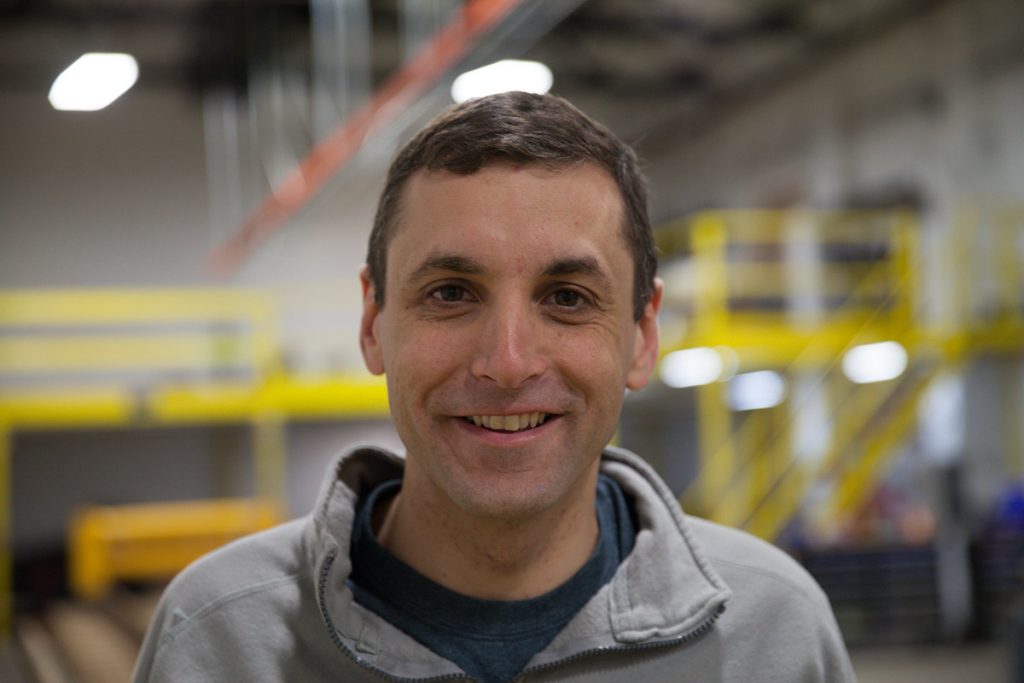 While training as a U.S. Air Force pilot Brendan faced a serious challenge.  Although he excelled in the coursework and related academics, he endured serious airsickness at the end of these aerobatic flight training sessions – ruining five oxygen masks in the process, each valued at about $2K. This nearly got him kicked out of pilot training, but he persisted and following a series of physiological tests and a series of flight tests he was deemed fit to continue the training. It was at this time that Brendan connected to the railroad industry – as pilots used landmarks such as grain mills and railroad tracks to navigate back to the runway.

One technique to prevent airsickness was to remain preoccupied by talking and Brendan would engage with his flight instructors by asking everything he could think of about the railroad tracks. This solved the airsickness problem but frustrated the instructors as they had no answers for his myriad of questions. So, Brendan did the research and shared this information with the instructors, helping him to keep his mind off airsickness. The railroad tracks became busy work for Brendan, but also became a pastime whereby he studied and learned about the national railroad system.

Brendan grew up in the Boston area living in Dedham and later Dartmouth, Mass. He attended the University of Massachusetts at Amherst, graduating with a Bachelors in Computer Systems Engineering in 1999. Prior to graduation, during the summer of 1995, while working for Motorola’s Cable Modem Division based in Mansfield MA, Brendan saved enough money to start taking flying lessons where he earned his pilot’s license in 3 months before returning to University.

After graduating from UMass, Brendan was employed at the Volpe National Transportation Systems Center (Volpe Center) in Cambridge, Mass. where his passion for transportation began to grow. He helped lead the development and deployment of ground-based radar systems and early warning systems to aid in preventing runway incursions at our nation’s major airports. His work directly targeted NTSB safety objectives and he personally briefed the NTSB Chair on several high-profile cases and the benefits of the evolving technology.

In 2001, shortly after the 9/11 terrorist attack on the U.S., Brendan was selected to become a Helicopter Pilot in the US Air Force, leading to his training challenges noted above. After 10 years of service, two combat tours in Afghanistan in 2005 and 2007, numerous civilian rescues during natural disasters, over 100 missions, and two kids, Brendan returned to the Volpe Center. Upon his return he helped lead the deployment of surveillance technologies in the Gulf of Mexico. In 2012, he initiated the development of a full-scale 155-acre weather research facility on Cape Cod to support the advancement of Enhanced Vision Systems, a technology that uses infrared cameras to support low visibility landings. He also led organizational changes within the Volpe Center, kicking off the first ever “Innovation Challenge” competition within Volpe.

In his spare time, on nights and weekends, he began to formulate a business plan for what is today known as RailPod. business plan was founded on input and feedback from many short line railroaders here in New England notably the leadership team at Vermont Rail.

Brendan is a long time member of the New England Railroad Club, and in the early stages of developing his RailPod concept he exhibited at the Rail EXPO – and many folks chuckled at his cardboard mock-up of his first generation RailPod. But he also listened to the many rail folks in attendance, and learned what was needed by the industry. He spent some time with the late Vin Terrill – and was guided by Vin’s questions and comments. Brendan remembers the vivid conversations with almost every New England railroader providing challenging questions and complex needs,fueling his passion to solve for the industry. RailPod was supported by the team at Mass Coastal where early testing began. What seemed like endless hours of testing in Quincy on the Fore River Railroad led to the initial production release of the RailPod system.

“I’m fortunate to have the New England railroad community mentor me and push this technology forward. Equally, the individual team members at RailPod working together have made all of this possible. RailPod has extremely passionate employees excited about technology and safety, but even more passionate about solving complex problems for the customer.”

“When I was introduced to RailPod and Brendan; I wondered how an aviator who took an interest in track while flying over it could convince a bunch of old-time track managers that they needed RailPod. But he did it and I witnessed him making his case on highly detailed track and infrastructure issues. In my view he has become THE expert in track data use for predicative track maintenance.”  –Keith Heller member of the RailPod board and a Retired Senior VP at CN, and Retired CEO of the English Welsh and Scottish Railway.

RailPod continues to give back to New England serving almost every short line in the greater New England area. With a passion for collecting data and transforming the data into actionable results, the RailPod team is laser focused on supporting a safe and reliable railway network across the globe. 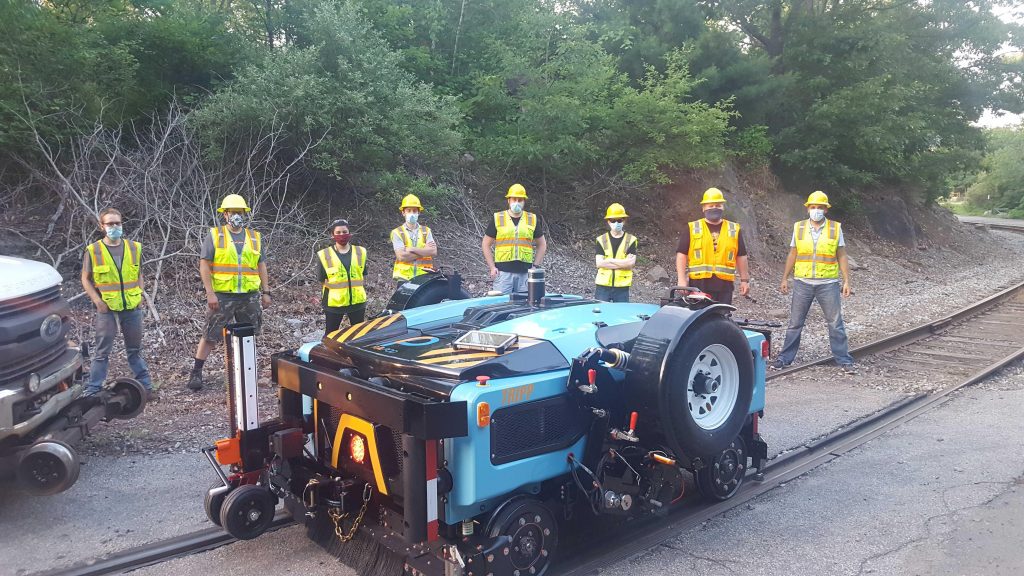 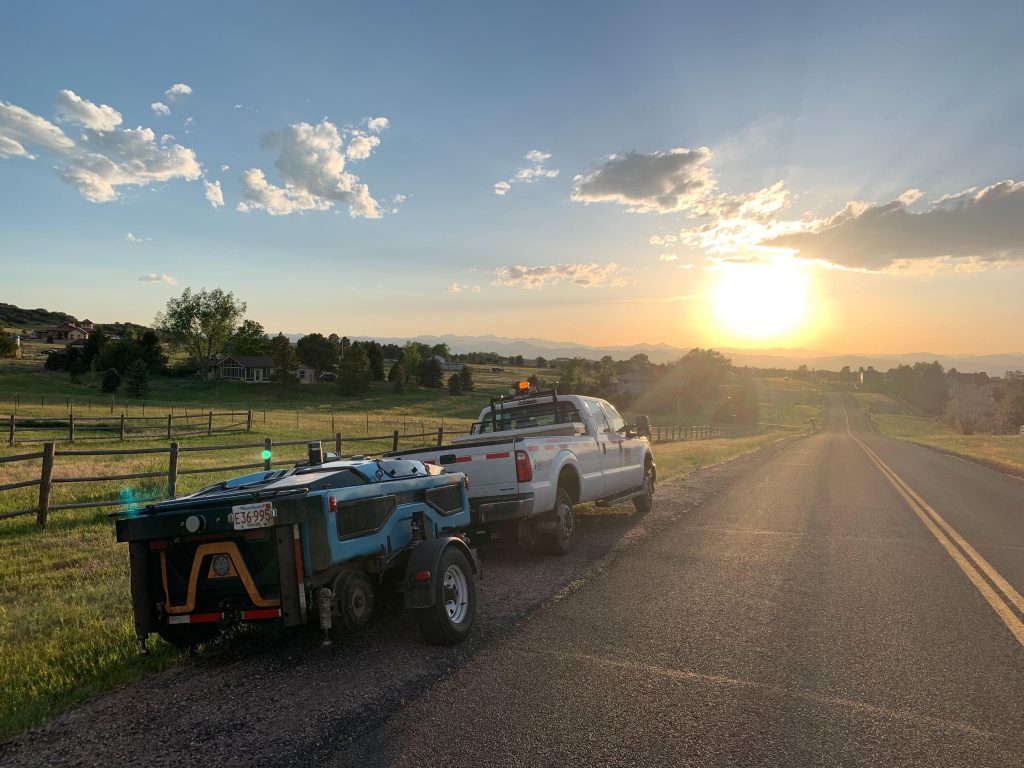