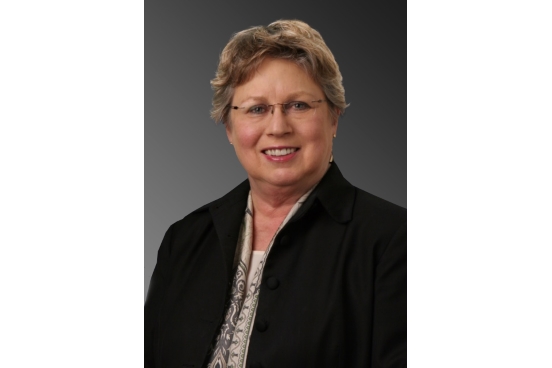 Our Member Spotlight for this month is Anna M. Barry. As a well-known member of the rail and transit community, Anna’s decades of service and contributions to the industry throughout New England and abroad distinguish her as a leading transportation professional. Anna graduated with honors from Boston College and holds a Juris Doctorate degree from Suffolk University. Her education and love of transportation marry policy, operations and management with a unique set of skills perfected over a 40 years plus career. Her career journey has served to pave the path for many women in the industry from her early student studies about the MBTA’s Green Line and legislative research, to rail operations and progressively achieving increased responsibilities as Director of MBTA’s commuter rail and subway systems to the Deputy Commissioner at the Connecticut Department of Transportation. Today Anna continues her service to the transportation industry in her position as Vice President/Program Manager at HNTB.

After writing her senior thesis at BC about the Green Line, she worked as an intern and then as senior research assistant for the Massachusetts Legislative Committee on Transportation. At night, she went to Suffolk University Law School. By the time she graduated, she was working for the Boston & Maine Railroad, first as a field operations analyst and later as a train dispatcher and assistant trainmaster. (She did take and pass the Massachusetts Bar Exam.)

When asked, what motivated you to choose the transportation industry, she likes to say she started her career as a “victim” – riding the MBTA system hours each day to and from the Medford Hillside and Boston College (BC) in the 1970’s. The ordeal inspired her fascination with the importance of transit to the region and her career trying to make it better. “I found the transportation field fascinating both the operations and policy-governance aspects. I understood early on that to make a career in the rail industry, I needed to learn the nuts and bolts of operations first-hand. An education was not enough to succeed, I needed to work twice as hard and prove to be twice as good. I welcomed the challenges and they served as stepping-stones in my career and soon enough I was hooked. I was the first female transportation line manager back in the 80’s.”

In conversation with Mary Jane O’Meara, “I have known Anna Barry for a long time! I first met her when she was working for the B and M Railroad. I was astounded to meet this smart and savvy woman working in a non-traditional role. It is not surprising that throughout Anna’s career she has been and continues to be a leader in Transportation. She has always played a big role in supporting women in transportation. Now serving on the Boston WTS Board she continues to mentor and be a role model to many. As a leader in transportation Anna certainly has the respect of both women and men.” 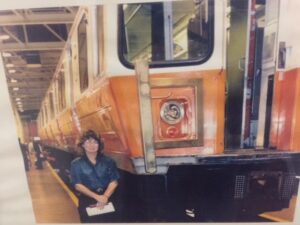 After several months in Engineering & Maintenance (Power and Building/Structures), Anna moved up to Director of Railroad Operations, overseeing the commissioning of several major projects and the procurement and transition of the nation’s largest commuter rail services contract. Next up was overseeing the country’s oldest subway and later Senior Director of Vehicle Engineering and QA/QC.

When asked how did you manage to build your career within the railroad and transit industry? She comfortably smiles and points out “it’s all about how you perform your responsibilities. Of course being a woman in operations was new to many at the time, but changing mind sets is about achieving results and building trusting relationships.”

Next stop– the Connecticut Department of Transportation as Deputy Commissioner and Chief Operating Officer. She was, as she says, “an all-purpose deputy” and oversaw the daily operations of Highway Maintenance and Operations, Engineering and Construction and Public Transportation for seven years.

When you speak with Anna, her demeanor and aplomb reflect her years of experience and the knowledge gained from managing transportation projects, people and operations. When asked, what is your greatest joy in working as a transportation professional “I truly love management, the people and the satisfaction of having worked on projects instrumental in making long-lasting improvements for the communities, and making it happen with all the nuances that come in a highly dynamic operations environment. From the technical aspects of operations to the change management, governance and policy, it continues to be a fascinating field for me.”

For almost two years, Anna has worked as Program Manager at HNTB Corporation, overseeing a variety of MBTA and MassDOT projects, including bus facilities and passenger rail planning. She also supports a variety of rail and bus projects around the country. She says, “The private sector is different in some respects, but I get the same satisfaction from serving the transportation needs of Massachusetts at HNTB as I did working for agencies.”

Anna is a founding member of the WTS Boston Chapter and the Connecticut Chapter of the Conference of Minority Transportation Officials. She is active in APTA and the TRB. She enjoys mentoring, as a lifelong beneficiary of good mentors and advisors. She currently is an at-large member of the WTS Boston Board of Directors. In her free time she enjoys traveling, cooking, art and knitting.