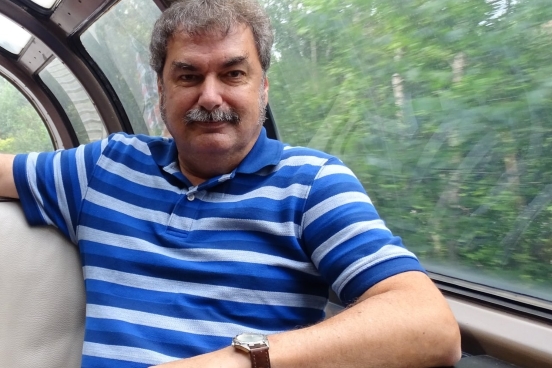 Charles Hunter has dedicated his career life to the railroad industry. With more than 40 years of experience he has made significant contributions to the railroads in New England and across the US and Canada. He is a talented, dedicated, and caring professional with a diversified background in railroad management. From engineering to fleet mechanics and operations logistics, Charles portfolio of skills includes government affairs, operations, safety, contracts, intermodal, trans-loading, passenger, marketing/sales, customer service, and labor relations, amongst others. Proven for the many achievements in his career, he leads through the lens of experience. He is a big-picture oriented decision maker adept at managing a variety of tasks and departments. He currently holds the position of Assistant Vice President- Government Affairs for Genesee & Wyoming Railroad Services, Inc., working out of St. Albans Vermont since 2013.

He began his career at the early age of 18 as a freight train conductor on the Cadillac & Lake City Ry out of Limon, CO and worked his way through positions as a freight agent, train dispatcher, operations manager and into senior leadership positions of general manager and Vice President of transportation. Most recently, he dedicates his time to railroad government affairs.

Speaking with Charles, his passion is evident, “I have greatly enjoyed spending most of my working life in the railroad industry. I have been fortunate to work for many great railroad bosses that had faith in me and empowered me to learn and grow.” He goes on to share an anecdote, “one of my most interesting jobs was working for the American Orient Express as the onboard “Trainmaster.” I worked the luxury passenger trains all over the western U.S., including California, Utah, Yellowstone National Park, operating over the famous Stampede Pass in Washington State and several other normally freight only routes. If we had unruly employees, they were dropped off at the next station with their last paycheck in hand.”

In his current position at Genesee & Wyoming, Charles is responsible for managing relationships/partnerships with thirteen states and local governments. He secured four USDOT TIGER and one USDOT BUILD grants for railroad infrastructure projects. He works with state departments of transportation and consultants on new railroad funding programs. He is lead person for development of state rail plans and freight/passenger studies. Further Charles has held leadership positions in three state railroad associations, plus as a member of the Vermont Rail Council, via a Governor appointment.

Prior to working for Genesee and Wyoming, Charles worked for RailAmerica in a similar capacity, Assistant Vice President Government Affairs. In that role Charles was responsible for managing relationships/partnerships with federal, state, and local governments. He developed successful grants and funding applications at federal and state levels in excess of $80M. He was responsible for rail legislative matters and efforts in fourteen states.

Jonathan Shute, former President of the New England Railroad Club, and longtime friend had this to say about Charles.

“I have known Charles Hunter for thirty years. I have worked with him and worked for him. To describe Charles I would say, he is kind, professional, honest, thoughtful, gifted, humorous, talented, and caring. Working with Charles, one has a sense of team play and willingness to pitch in and improve any situation”.

“Once, as a Trainmaster working for Charles, I was having difficulty restructuring crew turns between multiple trains. I had worked on it into the evening and Charles appeared at my office. We talked about what I was doing. He sat down and worked on it with me until we had it functional.”

“Charles expects the best of people and truly appreciates his team, and associates. Charles is trusted and appreciated as well, for his honesty and candor by all who do business with him.”

Prior to that position, Charles was the Assistant General Manager for CSO out of Hartford, CT. Previously, he was the General Manager of the St. Lawrence & Atlantic RR based in Auburn, ME.

“In my career I’ve met and worked with many people from different cross sections of life. Looking back, I feel my biggest sense of accomplishment is knowing that I have made a positive impact in their lives.”

Charles continues to be an active industry leader and his list of achievements are many to count. In his career, he received the Jim Jeffords VT Rail Advocate Award (2012) and dedicates time to support industry affiliations as the board member and past president New England Railroad Club, member of the Vermont Rail Council, President and officer of the Vermont, Massachusetts, and Connecticut Freight Rail Associations, and board member of the Chittenden County Metropolitan Planning Organization, to name a few.

When he’s not railroading, Charles enjoys other interests in history, music, classic cars, photography and Dallas Cowboys football. Charles says, “for me, railroading is an outdoor sport.” 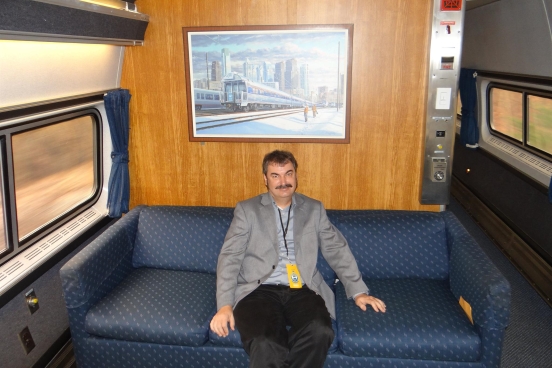