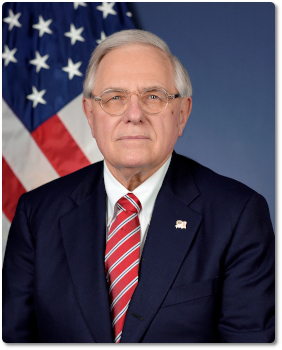 Ronald L. Batory is a career professional with more than 45 years of field and system experience in the railroad industry. He spent the first 23 years of his career working for both eastern and western Class I railroads in addition to serving along with a court appointed Trustee’s successful oversight of a regional railroad bankruptcy.

Then in 1994 he was appointed President of The Belt Railway Company of Chicago, a multiple owned subsidiary of then nine (9) competing Class I carriers. His leadership success of serving their needs in Chicago Gateway led to CSX and Norfolk Southern Corporation later recruiting him to Consolidated Rail Corporation in preparation of their STB approved partitioning of eastern carrier and establishing what is now commonly known as the Shared Assets Areas. Accomplishment of that unique task in providing a plane of equality for joint competition later favored him in being appointed to his last position of President & Chief Operating Officer for the entire corporate entity.

Upon his retirement in 2017, he pursued public service in Washington, D.C., which resulted in a Presidential nomination and unanimous consent by the United States Senate to become the 14th Administrator of The Federal Railroad Administration.

Ron is a graduate of Adrian College, Adrian, Michigan, with a B.A. degree along with an M.A. degree from Eastern Michigan University. He has served on various governing boards associated within the sectors of both industry and education.

Family residency is in Santa Fe, New Mexico, with his wife, Barbara.

MAKE ROOM RESERVATIONS PRIOR TO OCTOBER 17th to ensure you receive the negotiated rate of $159 per night.

Parking is free at the Westin Waltham Boston.